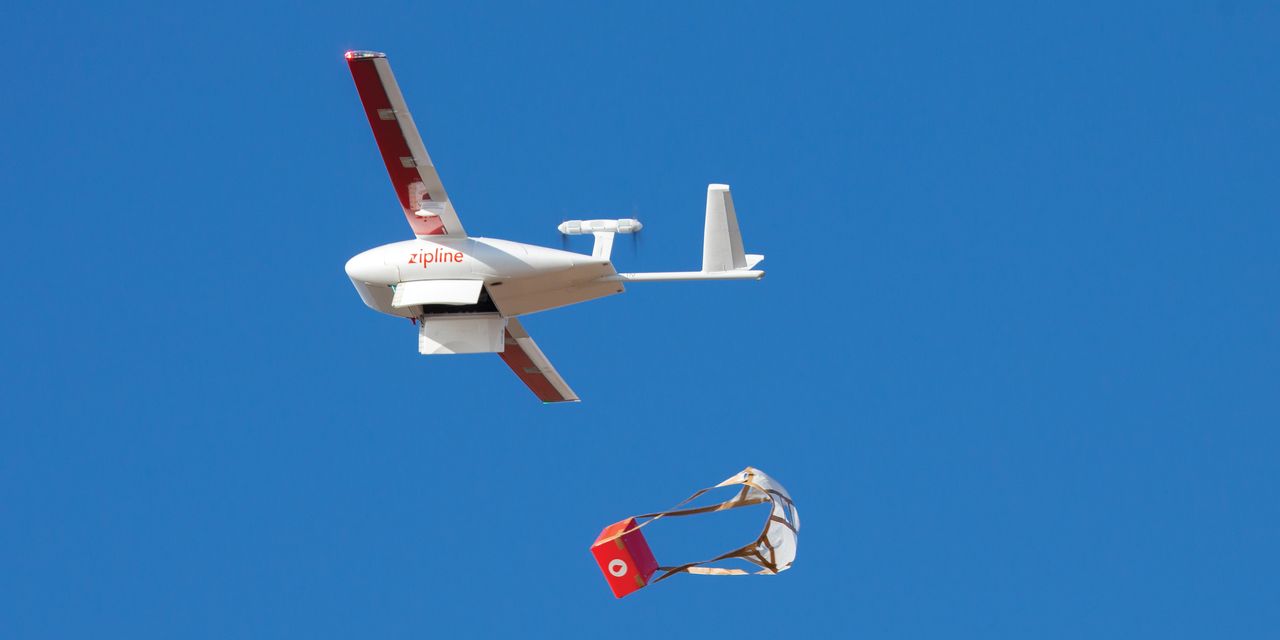 When the Republic of Ghana received its first shipment of the Covid-19 vaccine, there was reason to doubt that it could adequately supply its population with the drug. West African countries have historically struggled to meet the health care demands of citizens in remote areas segmented by dense tropical forests, mountains and savannas.

But a fledgling San Francisco-based company called Zipline provided a solution: its fleet of drones. Ghana became the first country to distribute the vaccine by autonomous drones, eventually dispersing some 2.5 million doses to hard-to-reach populations within its borders.

The technology for this life-saving effort was devised by co-founder Keller Rinaudo, a robotics engineer from Phoenix and based in San Francisco. But the idea – and the drones – would never have seen the light of day without a lifeblood: investors motivated by the belief that they can use their capital to simultaneously generate financial returns and societal change.

Impact investors have accelerated the development of the health technology industry at a breakneck pace in recent years, thanks to the confluence of growing awareness of needs, expanding investment opportunities and growing evidence the effectiveness of impact capital.

During the pandemic, impact capital grew, as Covid-19 laid bare many healthcare challenges and raised awareness of a myriad of needs. This summer, Zipline raised some $ 250 million in capital from six investors.

“We have seen increased interest in innovations related to vaccine development, strengthening health systems globally, and improving supply chains and distribution of medical equipment,” said said Justina Lai, head of impact at Wetherby Asset Management in San Francisco. â€œThere is also a will to fight against the disproportionate negative impact of the pandemic on low-income and vulnerable populations. ”

With some $ 715 billion in capital dedicated to impact investing, healthcare represents the third category of impact behind financial services and climate change, but it is the fastest growing area, according to a Global Impact Investing Network survey, industry study and analysis. firm in New York. In 2020, about half of impact investors said they plan to increase their stakes in healthcare impact opportunities.

Venture capital in health technologies reached $ 14 billion in 2020, nearly doubling 2019 levels of $ 7.4 billion and surpassing the previous annual record of $ 8.2 billion in 2018, according to Deloitte US, a New York-based consulting firm. This growth was not only due to a greater number of transactions, but also to a greater allocation of funds to individual transactions. Median funding per transaction last year was $ 15 million, down from the previous record of $ 10 million in 2019.

The thirst for impact capital is huge and essential to getting things done on all societal and environmental fronts, says Vikram Gandhi, Founder and CEO of New Delhi-based VSG Capital Advisors and Senior Lecturer at Harvard Business School. â€œThere is not much there is much there is in philanthropy and government spending to solve the problems,â€ he says.

Americans gave some $ 470 billion to charity in 2020, while more than $ 70 trillion is in U.S. capital markets and $ 200 trillion in global markets. Impact advocates want to see a massive shift in global market capital so that impact investing picks up where charitable giving and grants end.

In healthcare, investors can play a critical role in areas where pharmaceutical companies and large corporations do not have a strong incentive to engage in research and development for anything without the potential for profit margins. high.

For healthcare entrepreneurs and innovators, as well as for investors, there is plenty of evidence that a good idea will pay off amply. In 2020, 33 innovative health technology companies raised at least $ 100 million in late stage funding, according to Deloitte. Initial public offerings and mergers and acquisitions for small health technology companies are expected to accelerate.

This type of larger, interconnected impact is sought by some $ 950 million of impact capital managed by Nuveen, a Chicago-based asset manager with $ 1.2 trillion under management. Assets help underserved populations with rent relief, free classes, free meals and, on the health care side, a drug delivery service.

Most of the opportunities are found in private equity and private debt, although some public options are naturally suitable for health impact goals. Municipal bonds, for example, are arguably impact investments when used to effect positive change in communities, including in their health services, facilities and technology. Investors should expect returns at least in line with general impact investments. Average returns on private capital impact debt are between 8% and 11%, and on private equity, between 16% and 18%, according to the GIIN.

Bob Sweeney, director and co-founder of the Memphis-based Global Health Impact Fund, which started three years ago, expects average annual returns of around 30% and a three to five year hold period. â€œWe are investing in digital health, which involves the way nurses and doctors deliver care,â€ says Sweeney. “This is an area that is expected to grow 20% per year over the next seven years to reach half a trillion dollars.”

One of the fund’s investments is HanGenix, an Atlanta-based company that has developed ultrasound technology to ensure hospital workers adhere to handwashing procedures, which are key to reducing costs and death rates. HanGenix technology requires workers to wear a badge, which lights up when procedures, such as washing when entering a room or touching a doorknob, are not followed.

Another company in the fund’s portfolio is Plethy, a developer of technology based in San Jose, Calif., To improve post-orthopedic patient care. A Plethy sensor tracks exercise and syncs with an app that guides patients through required treatments.

While healthcare is one of the most cultivated areas of impact investing, rigorous due diligence is needed not only on finances, but also on impact, Lai says.

Tools for evaluating impact investments and their outcomes have evolved and will eventually provide metrics and standards to investors to help them evaluate options. According to Lai, â€œImpact investors should be no less rigorous in their due diligence and impact assessment in healthcare than in any other industry. ”

This article appeared in the September 2021 issue of Penta magazine

Stethoscope Market: How Green is Your Healthcare Tech? To have an impact on the growth of your business